Cyclone chasing on islands... What can I say about it? It's gambling—plain and simple. Sometimes you win big; other times you bust hard. From the start Typhoon Neoguri was hard to ignore. Computer models showed it hitting Okinawa as a powerful super typhoon. So while the bust potential was high, the bait was irresistible and I went for it. As the typhoon turned N, we had to pick an island, and tortured decision-making brought us to Miyako-jima. It was an educated guess—and as the eye wobbled into radar range, it looked like we just might clip the core. The winds whistled like a tea kettle and the pressure fell as night turned to morning... and the W edge of that sweet eyewall came to within a hair of the island. I could almost taste it... and then it curved out to sea. Just like that. Neoguri was a nasty tease—and one of the hardest busts of my career. It hurt. 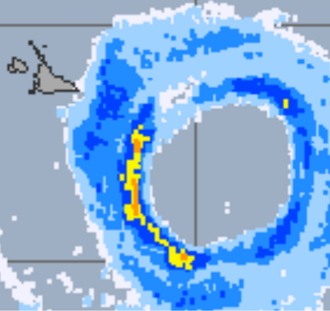 As Typhoon Neoguri passed just offshore, we did our best, driving out to the very end of the Eastern Cape to catch the eyewall. But the meat of the storm was just out of reach—hiding behind a curtain of fog just beyond the spectacular crashing waves, maybe 6 n mi offshore. It was so close I could even hear the howling core winds in the distance. This kind of heartbreaking miss is just part of the game, I guess. Cyclone chasing is a sport, and you don't win every time. 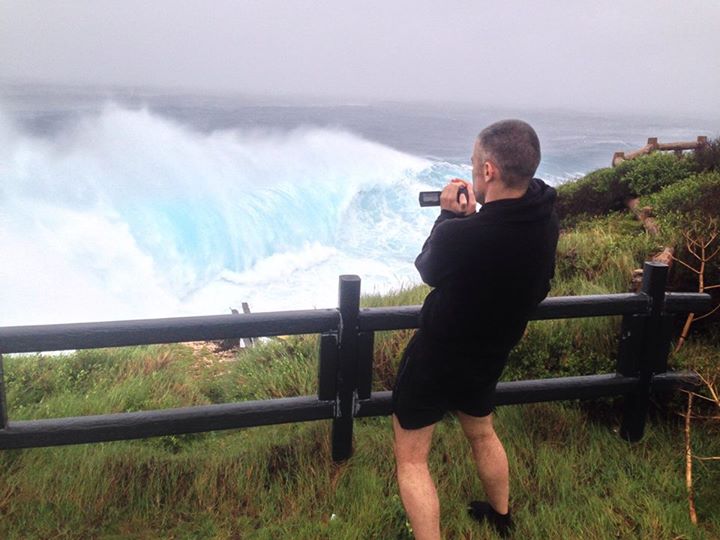 Here's iCyclone's air-pressure trace from Miyako-jima during the passage of Neoguri just offshore. The slow, steady drop and recovery is exactly what you'd expect from a large, slow-moving typhoon with a huge wind field. The lowest pressure (964.8 mb) occurred multiple times from 8:10 to 8:42 am JST, while the center of the eye was passing ~40 n mi to the E. Unfortunately, this is about as close as any land station got to Neoguri's center. The central pressure was of course much lower. 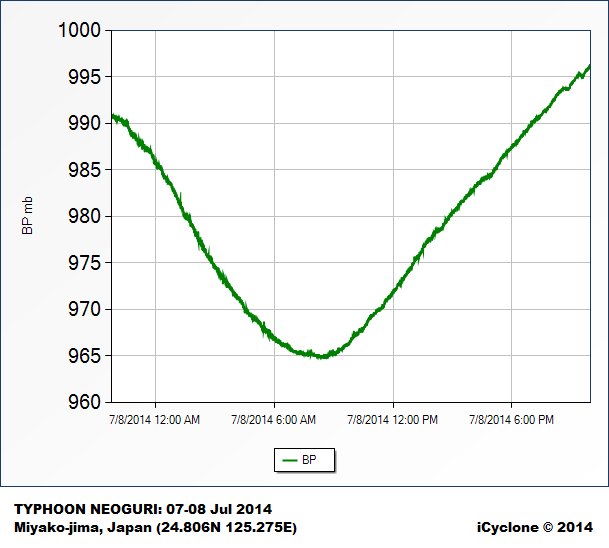