30 October 2012
Hurricane SANDY: How does it stack up historically? 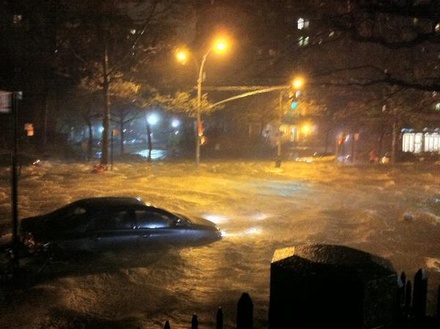 Note: This article was later updated to reflected data from the official National Hurricane Center report.

OK, maybe it wasn't a classic tropical cyclone with a real core when its center crossed the New Jersey coast. Maybe it wasn't technically even a hurricane by that point. Maybe it really was just a nor'easter. Indeed, the satellite imagery is almost laughable: this does not look like a hurricane. (See image, below.)

No matter: it was a monster cyclone that will be remembered—in a way that Hurricane Irene of last year won't.

So... How bad was it?  How does it compare historically?

It's hard to know just yet—the impact is still being assessed.  And I think it's important not to overreact to it—not to rate it higher because it just happened and it feels fresh. This having been said, some of the key metrics suggest Sandy will rank up there with some of the bigger Northeast-USA hurricane events of the last century: 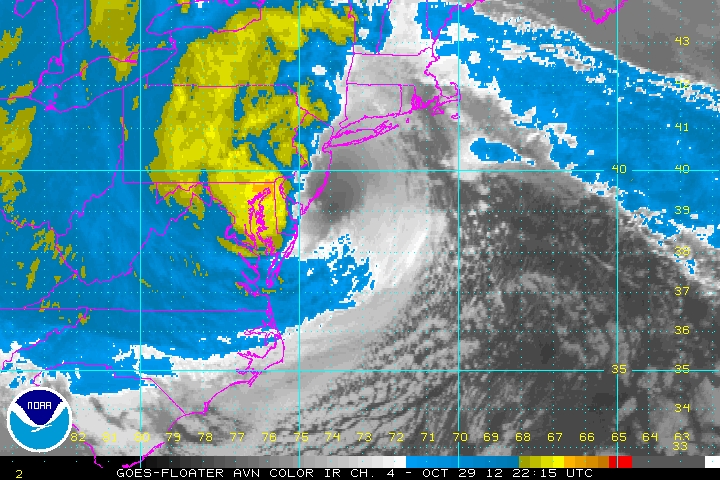 Sandy, just before landfall in New Jersey. Note the lack of convection
around the core. This does not look like a hurricane.
On a purely personal, unscientific note, I was a bit stricken by my mother's description of the storm. She lives on the Upper West Side of Manhattan and was surprised by its severity—describing the wind as "going nuts", saying she could feel the ferocious pressure of the gusts against the front door of the house.
Comparisons to Hurricane Katrina strike me as overblown. But Sandy's USA landfall was clearly a big event. It will be interesting to see how this unfolds in the coming days.

And let's not forget..

On an additional note... Sandy's landfall in Cuba was also an impressive event—perhaps not historically, but meteorologically. The cyclone had a beautifully-developed eye and core as it crossed the coast near Santiago de Cuba as a major (Cat-3) hurricane. 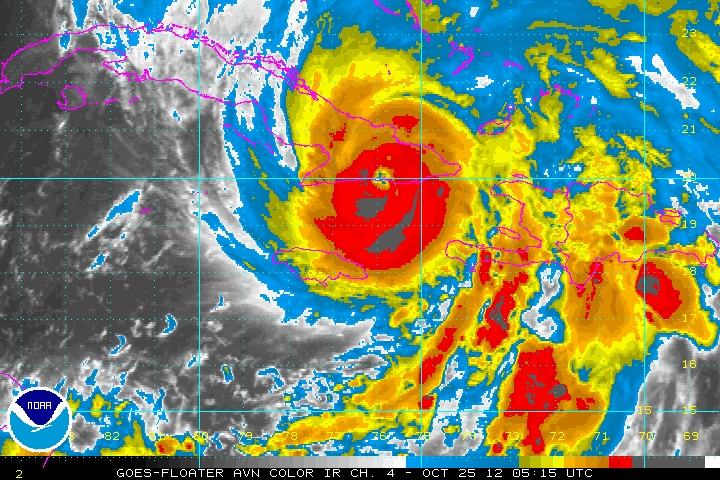 Sandy, at landfall in Cuba. Note the distinct eye straddling the coast.